In the last two years, of course, we have become accustomed to interacting online. One of them is through video calls that take place from smartphone cameras or webcams. Secondly, Opal C1 is here to provide solutions to problems faced by almost everyone.

Yes, the webcam itself is not a new technology, but has existed for many years. But until Apple presents a laptop with a price of tens of millions, they still can&rsquor;t provide a really high quality webcam. The alternative? Of course, by buying an external webcam, or even using a smartphone or DSLR camera, by connecting a cable to wireless.

Seeing that no one is truly competent, a startup called Opal was built since the beginning of the pandemic, and finally presented the Opal C1 as its first product.

Officially introduced last September, deliveries of the units that have been ordered by more than 16,000 people will only begin in early December 2021. The founder of the Opal C1 producing company himself is not kidding, he is a former employee from Google, Beats to Uber. So what&rsquor;s the background? 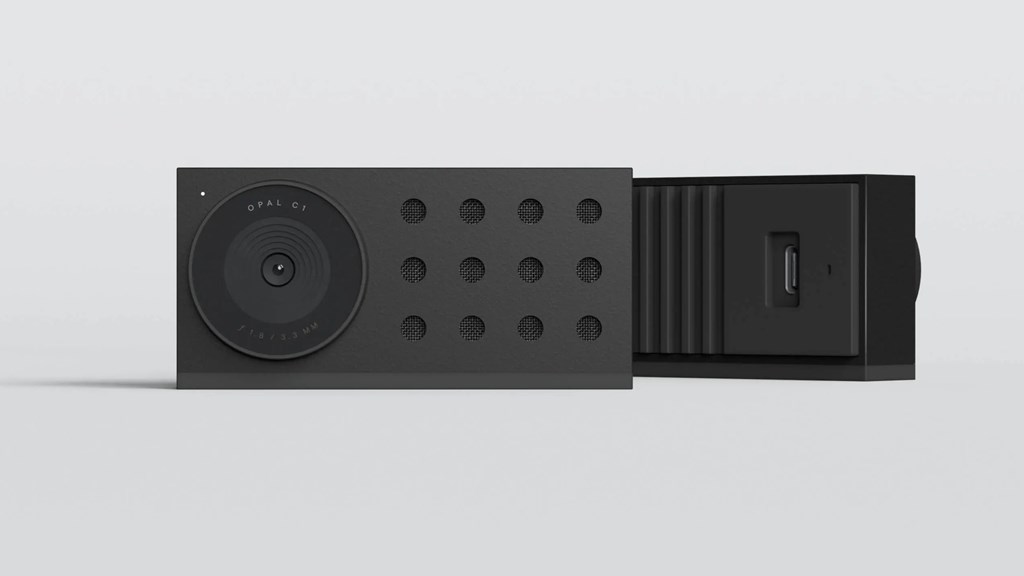 Opal&rsquor;s team is aware of a situation, namely how a smartphone can now produce images close to a DSLR, but similar developments do not occur for webcams. It may be trivial, but from the results of their research, at least quite a lot of people spend up to 7 hours per day virtual face-to-face. So that a quality webcam is certainly important.

In terms of design, it is immediately obvious that the Opal C1 is a premium accessory. Shown in the box, there are only two color options, namely black and white, with material from aluminum, can be recycled and only use plastic material of no more than 1%. Equipped with a special clamp for laptop screens to monitors.

On the back, pinned a USB-C port for power sources. While in front, visible a sensor and a number of microphones. Both are not kidding, like the main sensor that uses the Sony IMX363. It has an f/1.8 diaphragm, this sensor is the sensor used by the first generation Google Pixel. With the highest resolution reaching 4K.

While the microphone itself consists of a series of hardware called MicMesh, it is claimed to be able to provide noise reduction and produce studio-like sound output—just like Apple promised when the release of the previous MacBook Pro. The Opal C1 is also plug-and-play designed, although it will be optimized for Mac because additional software support for Windows will only be available at the end of 2022.

The software is an important part of the Opal C1. Still in beta, later users who want to maximize the potential of the camera will have to subscribe at a cost of USD4 per month. Like Tesla, Opal will provide many new features periodically in the future. Including advanced features that can improve the quality of the camera as well as guaranteed replacement of the unit if it is damaged.

Yes, like the Google Pixel, the Opal C1 doesn&rsquor;t just take advantage of the sensor capabilities. Optimal results are brought through the Intel Myriad X chip inside, which is capable of providing digital processing capabilities. Presents advanced features such as adjustable bokeh effects, the ability to recognize gestures, to following facial movements automatically like Center Stage on the latest iPad cameras.

Including controlling the 12 microphones on the front, and giving full control such as brightness, contrast and white balance like a DSLR camera. Until now, the Opal C1 is still on sale in an invite or limited system. Price? USD300